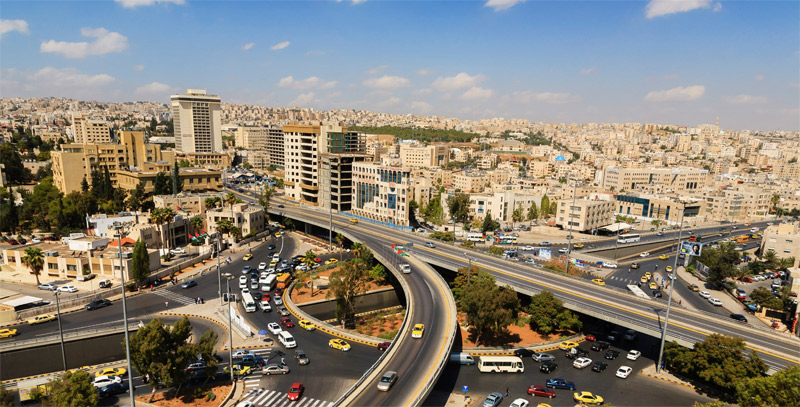 Despite regional turmoil, Jordan continues to be a point of attraction for foreign investors who view the country as an oasis of peace in a volatile region and continuously tries to maintain stability, moderation, and security.

Jordan boasts a high level of security and stability and is able to overcome challenges and boost its strategic and economic partnerships.

Jordan is 22nd most secure country in the world and the second safest country in the Arab world according to the Gallup Law and Order Study of 2018, which was preceded only by Egypt. Based on a survey conducted in 2017, Results are based on telephone and face-to-face interviews with approximately 1,000 adults, over the age of 15 and a total of 142 countries and areas.

Pundits lauded the ranking, which, they stressed, is a remarkable achievement for Jordan and a testimony to the country's resilience and ability to face security challenges amidst a turbulent region.

The large number of Syrian refugees entering the country has had a strong impact on the country’s social fabric, economy and security. This influx has placed growing pressure on Jordan’s security and stability, infrastructure and resources. The country's enormous refugee camps are only growing more crowded.

However, the country has used this issue to implore the international community to invest in the Jordanian economy, insisting that job creation is more important than the traditional direct aid.